Spyder Turner is well loved on the northern soul scene.  He caught the eye of MGM records in 1967 and released several 45s and an LP including his big hit Stand By Me plus the popular crossover track I Can’t Make It Anymore.  Through the 70s and 80s Spyder partnered with Norman Whitfield and released 2 LPs and wrote and performed music for film soundtracks.  Having now returned to Detroit, Spyder continues to record and is still performing in the US and abroad.to enthusiastic audiences.

You can hear his conversation with Ady here:

You can buy his merchandise here 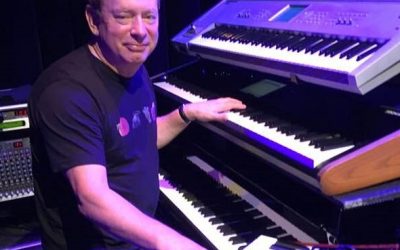 Ex BBC studio manager Bill Sharpe made his first recording with his group Tracks in 1978 before going on to form the legendary band Shakatak in 1980. Since then Bill has released 40 albums in as many years with Shakatak, plus collaborations with Gary Newman, Annabella...

END_OF_DOCUMENT_TOKEN_TO_BE_REPLACED

Ira is a multi-instrumentalist who at the age of 14 years began teaching music and arranging scores professionally.  His first recording, as the General Soul Assembly, saw him share studios with Los Angeles outfit King George and The Fabulous Souls with whom he went...

END_OF_DOCUMENT_TOKEN_TO_BE_REPLACED

Singer, songwriter, actor and choreographer Jeffrey Daniel amassed over 100 gold, silver and platignum awards with Shalamar. Here Jeffrey discusses his career which began as a dancer on the iconic TV show soul train, his pivotal role in pop sensations Shalamar,...

END_OF_DOCUMENT_TOKEN_TO_BE_REPLACED
Click here for a full archive of interviews